The last spring of 2018 reopened its doors the Museum of Butterflies in Ribera de Cardós, a few meters from the Hotel Cardós. 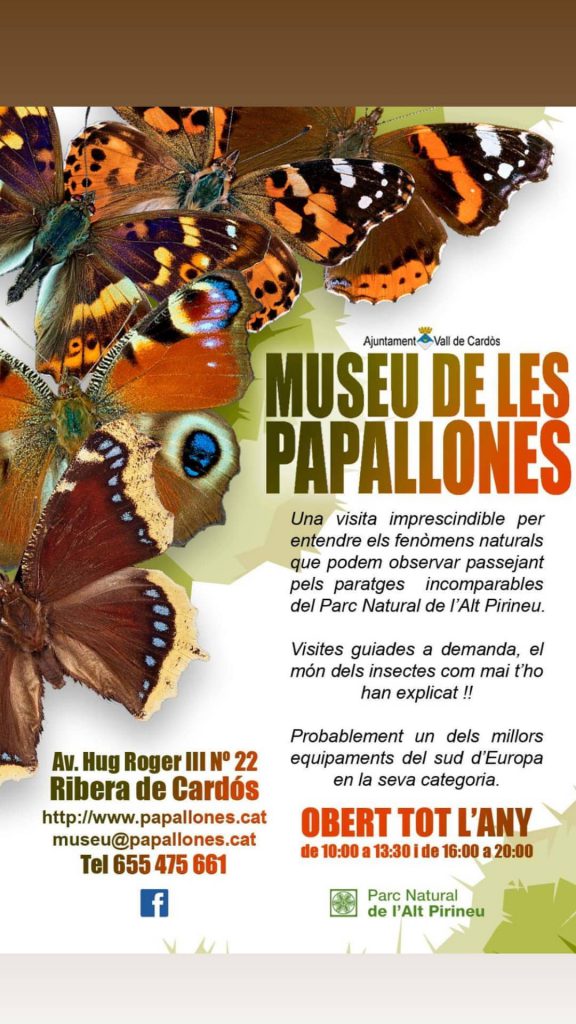 The Museum includes more than 3,500 different species, 219 of which are found in Catalan lands. It is one of the cultural initiatives to promote the offer in Vall Cardós with the support of Hotel Cardós.

One of the Museum’s great attractions is to learn the customs and food of these beings, as well as to raise public awareness of the correct behavior for the good preservation of their environment; like the Vall Cardós.

The Museum also includes details on mimicry, sexual, geographic and seasonal dimorphism and relationships with other insects.

This collection of scientific funds is considered one of the four reference collections in Catalonia together with the Natural Sciences Museum of Ciutadella, the Center for Animal Biodiversity Resources of the UB and the Institute of Marine Sciences CSIC.